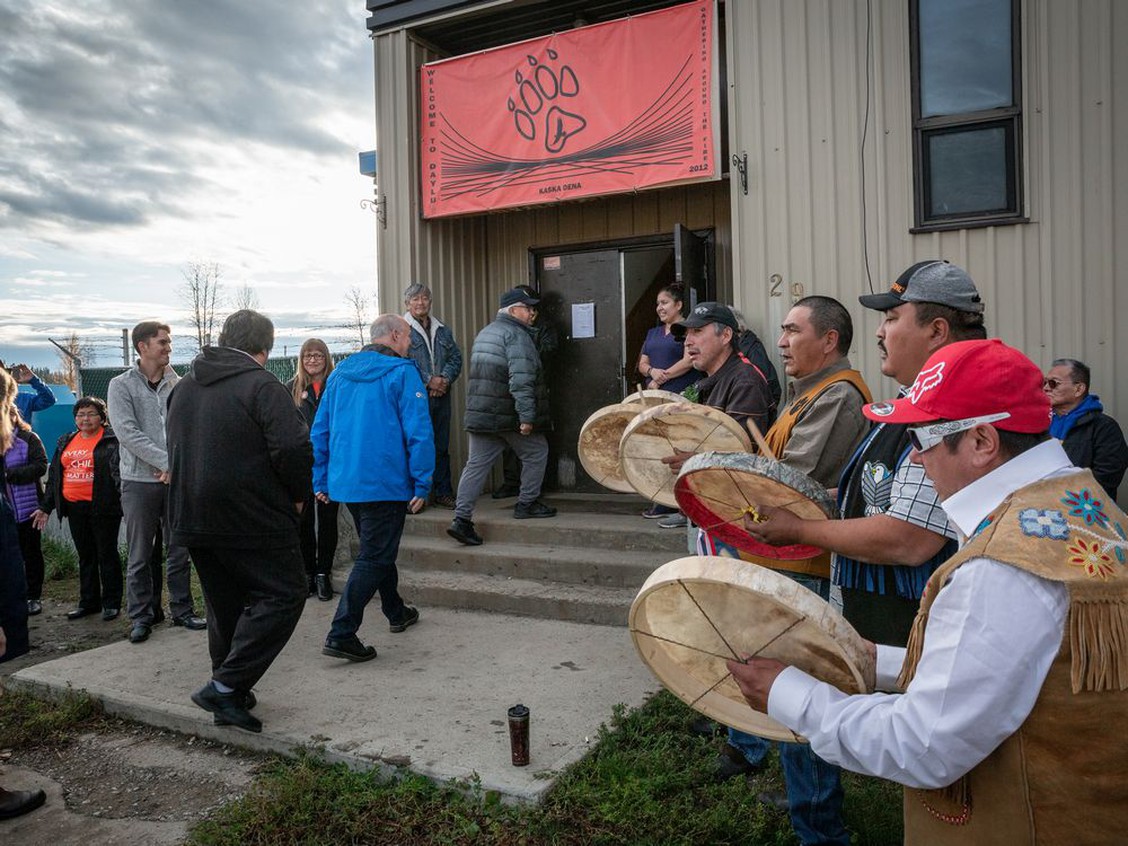 Survivors of a residential school in northern British Columbia have given the community strength and courage to keep pushing in a decades-long fight to demolish the building, says the deputy chief of the Daylu Dena Council.

“(Today) and every day is for them,” Harlan Schilling said in an interview ahead of a gathering Wednesday to mark the demolition of the former school in Lower Post, a community of about 175 people near the Yukon boundary.

Continuing the fight to tear down the building where children suffered abuse has been a message passed from chief to chief for nearly 40 years, Schilling said.

The institution operated from 1951 to 1975 and at one point housed more than 600 students from northern B.C., Yukon and Northwest Territories.

“The goal from the government and the church at the time was to separate them from who they are, which meant separating them from their families.”

Wednesday marks 46 years to the day since the school closed and Schilling said its demolition will begin healing for the community. The building had been used as the Daylu Dena Council band office, post office and employment centre.

With strict COVID-19 safety measures in place, survivors and supporters are to gather for a ceremonial burning of parts of the building, which has been stripped down to its frame and foundation.

Demolition started months ago with the removal of hazards like lead and asbestos. It may be another week or two until it’s fully torn down, said Schilling.

A group of people walking from Whitehorse to Kamloops, B.C., to honour survivors and those who died in Canada’s residential school system is expected to stop in Lower Post on its way. Schilling said he was honoured to participate when the Warriors Walk for Healing Nations began earlier this week.

The walk was spurred by an announcement last month from Tk’emlups te Secwepemc that ground-penetrating radar had detected what are believed to be the remains of 215 children at a former residential school in Kamloops. The Cowessess First Nation in southeastern Saskatchewan said last week the same technology had found 751 unmarked graves at the site of another former school.

Once the building in Lower Post is torn down, Schilling said the community will decide what it wants for the site, such as a memorial. And it will follow up on horrible stories about what happened there.

“How do we figure out and find the horrible things that happened here? And, you know, with the young spirits that didn’t make it home, how do we get those families closure? How do we let them know that their young one was here?”

Schilling said he believes the use of ground-penetrating radar technology will become the norm at former residential institutions across Canada.

The B.C. government announced this week that it’s providing $12 million to support First Nations with investigative work at such sites and Lower Post is one of the communities it’s working with to determine next steps.

B.C. Premier John Horgan and Yukon Premier Sandy Silver are to be in Lower Post for the gathering, along with federal Indigenous Services Minister Marc Miller.

The federal and B.C. governments announced this spring construction of a $13.5-million multi-purpose community centre that’s expected to be complete next year near the school site.

Youth in Lower Post are excited, Schilling said. They can be proud to walk into a centre that will have a gymnasium and a place to practise traditional cooking and engage with Kaska Nation history.

“For the first time in a long time,” he said, “we are going to have a place to gather and welcome our brothers and sisters of different First Nations.”