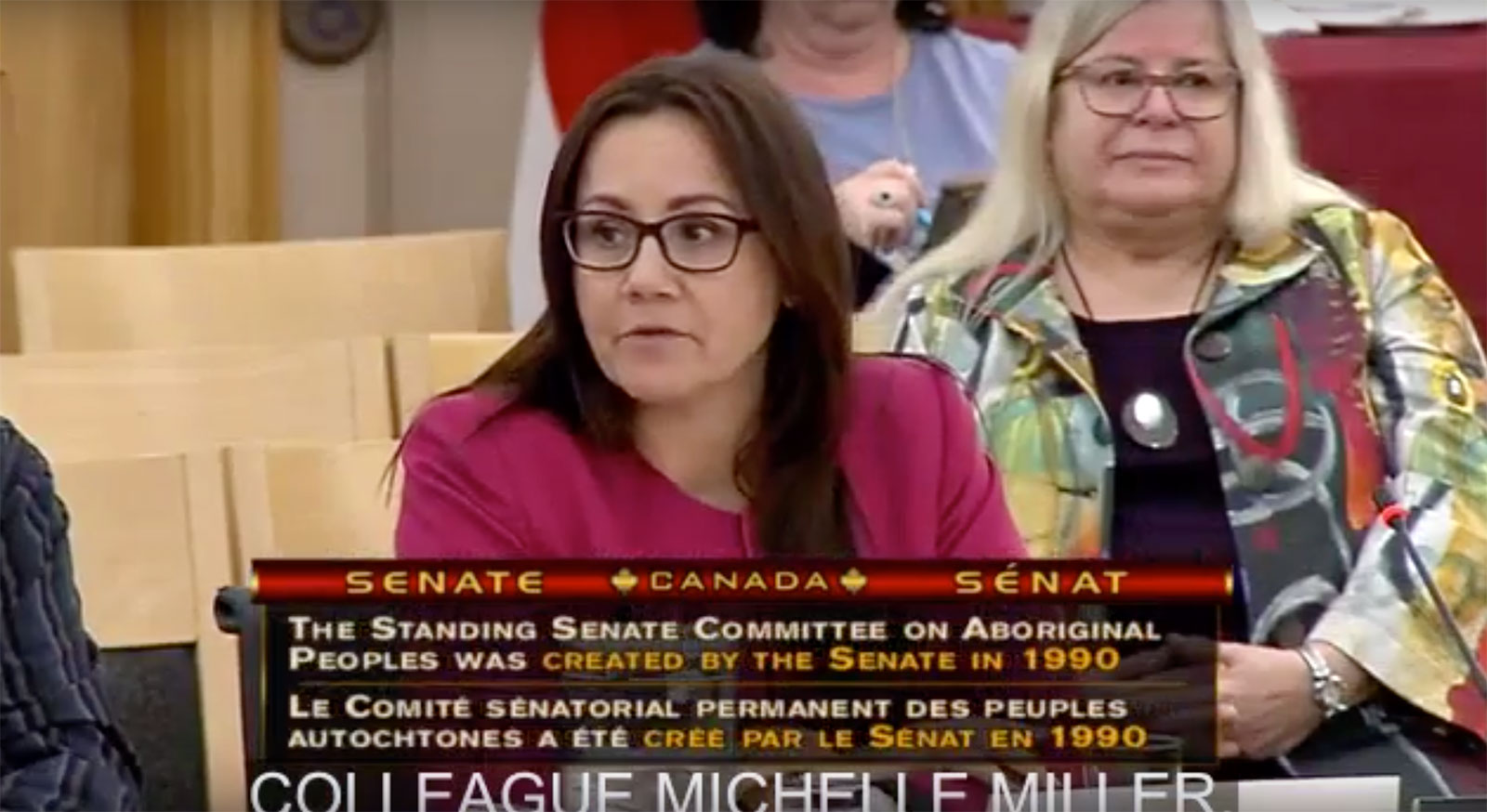 Presentation on 3 Nations to Senate Committee in Ottawa

The Senate Standing Committee on Aboriginal Peoples is due to table a major report early in 2019 regarding what a new relationship between Canada and First Nations, Inuit, and Métis peoples should look like.

On Wednesday evening, October 24, 2018, Michelle Miller, Lead Negotiator for Kaska Dena Council, appeared before the Senate Committee in Ottawa to present a perspective on what a new relationship could by look like between Canada and Indigenous Peoples. Michelle cited some of the 3 Nations successful efforts in Child and Family Services as an example of a new relationship.

The Senators were very appreciative of the presentation and engaged in questions and discussion following the presentation. As a follow-up to the discussion an information package on the 3 Nations has been prepared for members of the Senate Standing Committee on Aboriginal Peoples.